Poltorak told who is providing the militants in the Donbas 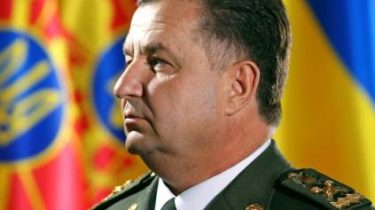 This was stated by the Minister of defence of Ukraine Stepan Poltorak, the press service of the Ministry.

“The content and the logistics of Pro-terrorist troops in full at the expense of the Russian Federation”, – he assured.

According to Poltorak, there wasn’t a day when the Ukrainian units were not fired by militants.

“Over the past year we have not lost a single centimeter of our land, decreased the number of combat losses and we have some success in military issues,” – said the Minister.

We will remind, earlier Poltorak announced important decisions for the return of occupied Crimea and Donbas. The defense Minister once again stressed that the alternative to the Minsk agreements.