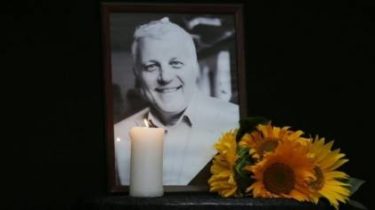 The head of the National police of Ukraine Sergey Knyazev said that the murder of Pavel Sheremet still far from complete.

This writes the “Focus”.

“On 10 November last year I am responsible for it, but don’t want to speculate on it, because the people wanted me as leader waiting for a positive message. I’m sorry, but the investigation has not reached the finish line,” – said Knyazev.

He does not exclude that the investigation could be serious errors – given that the crime is still unsolved.

0 may in the Network appeared the film investigates the murder of the journalist “the Ukrainian truth” Pavel Sheremet. On the creation ribbon worked journalists of the project “Slidstvo.Info” and the international network of OCCRP.