Hot Donetsk direction and 5 wounded soldiers: what happened in the ATO zone since the beginning of days 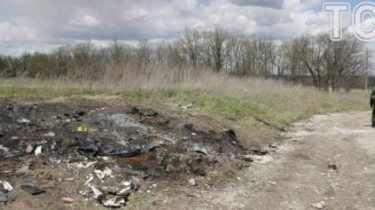 For Saturday may 20 militants in the East of Ukraine was made on 16 shelling of positions of Armed forces of Ukraine.

As of 18:00 on may 20 aware of the five wounded Ukrainian fighters. This is reported in the press center of staff ATO.

“During the day Russian-terrorist gangs continued to fire at positions of ATO forces, sometimes using heavy artillery weapons. Since the beginning of the day, as at this time, the militants 16 times opened fire on positions of Armed forces of Ukraine”, — stated in the message.

Coastal areas. The militants fired at positions of the AFU in the area of Shirokino and Lebedinsky with heavy machine guns and less powerful guns. One of the strong points of the Ukrainian military near the Water fired from grenade launchers of various systems.

The direction of Donetsk. The most active illegal armed groups used weapons against Ukrainian soldiers in the suburbs of Avdeevka. In the morning, the militants shelled fortifications of the APU on this stretch of the line of contact with a 120-mm mortars. And in the afternoon hit from artillery systems of 122 mm caliber. in addition, the enemy from time to time conducted fire on Ukrainian soldiers who protect the city, from small arms and grenade launchers. On the arc Svetlodarsk fighters again fired at our fortifications at Novoluganskogo from APCS. To the West, near Zaytsevy, beat 82-mm mortars. And there Verhnetoretskogo committed shelling positions of the ATO forces from heavy machine guns.

Lugansk direction. In this segment of the line dividing the militants from artillery systems of caliber of 152 mm and 120-mm mortars fired strongholds of AFU in the area of Trinity and Novozvanovka. Near the village of Lugansk opened fire at our positions from heavy machine guns.

“The situation along the contact line is under full control of divisions of ATO forces. In case of need the Ukrainian attorneys are ready to give the enemy a fitting rebuff to any section of the line of differentiation”, — summed up in the headquarters.

We will remind, the day before, may 19, in the Donbas the militants 55 times fired at positions of the Ukrainian military, wounded four soldiers.