In Kiev will carry EXPOPLAZA, and in its place build a large apartment complex 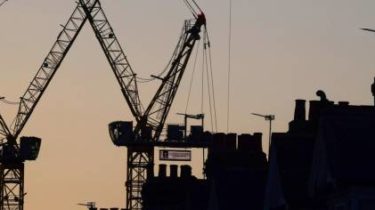 In the place of the KievExpoPlaza exhibition center will be built residential quarter fine town on 7 thousand apartments.

This was announced by the President of group of companies KAN Development Igor Nikonov, transfers KNK Media.

“We bought KievExpoPlaza through this project. Step by step, with each turn, by 2018 he will not be there,” – said Nikonov during the presentation of the project.

Closed residential quarter fine town of “comfort” class will be located on a plot of 39 hectares between the streets salute, scherbakovskaya, Estonian and Tupolev in the metro Nyvky.

It is noted that the construction of the first phase started a few weeks ago. In turn, the commissioning is planned in 1.5 years.

Total area of apartments will be more than 320 thousand sq. m. the Infrastructure also includes Parking for 5 thousand cars, 17 sites for sports, two kindergartens, a school and a shopping centre that will be built in parallel with the first line.

The mayor of Kiev Vitali Klitschko said that work on the “Heroes of Dnepr” are planned and aimed at strengthening the station underground, and promises that , without the consent of the people of Kiev do not build.