Russia has complained to the WTO over restrictions imposed by Ukraine 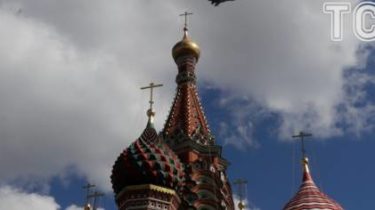 Russia sent in the body of the WTO dispute settlement request for consultation because of restrictions against Russian companies from the Ukraine.

This was announced on Saturday, may 20, the Minister of economic development of the Russian Federation Maxim Oreshkin in Hanoi after a meeting with the head of the WTO Roberto Azevedo, which was held in the framework of the meeting of trade Ministers of the APEC countries, reports “Interfax”.

“The Russian mission to the WTO in Geneva, sent to the dispute settlement body of the WTO and the government of Ukraine’s request for consultations in connection with any restrictions, prohibitions, special requirements and procedures with respect to Russian goods, services and individuals in the Ukrainian market, as well as on transit through Ukraine, which are constantly being introduced from 2014,” said Oreshkin.

Without “Vkontakte” and “Yandex”: what has changed in the life of Ukrainians after the sudden blocking resources of the Russian Federation

The Russian Minister added that he also told the head of the WTO at the meeting.

Oreshkin said that Ukraine “systematically and deliberately violating its international obligations by ignoring international trade rules, other rules of international law, commitments on transparency procedures for the development and the introduction of bans and other trade restrictions”.

“It is, in particular, a ban on the import of Russian meat and dairy products, fish, wine-vodka products, equipment for Railways, fertilizers and many other products. Special procedures are applicable to the import of Russian books and other printed materials. Special tax regime is applied when import used Russian cars. On the territory of Ukraine is prohibited or discriminatory manner is limited to the activities of hundreds of Russian companies — producers and suppliers of goods and services. Among them — the builders, banks, suppliers of various services, including the Internet, software vendors, airlines, and many others. Special ecological, sanitary, phytosanitary and veterinary control imposed on Russian food, light industry products, cosmetics, household chemicals and other Russian goods,” the Minister enumerated a list of restrictions against the Russian Federation.

The national security Council said, why not have blocked Russian sites three years ago

“Russian companies are not allowed to participate in privatization, which is another major violation of Ukraine’s WTO obligations. We classify constraints on the operations with the Ukrainian currency, the ban on accredited journalists of the Russian news agencies and other mass media”, — said the Minister of economic development of the Russian Federation.

The request, according to the Minister, covers generally hundreds of elements of Ukrainian normative acts and applies to violations of a number of underlying WTO agreements.

In accordance with the procedures of the WTO request for consultations is the first step in filing a lawsuit. Within two months, according to the WTO rules, should be consulted with the government of Ukraine with the aim of finding a mutually acceptable solution to the current situation.

“If the consultation does not give the expected result, we have the right to start the second stage of the dispute — transfer of cases to the group of experts”, — said Oreshkin.

We will remind, on may 15 the President of Ukraine Petro Poroshenko signed a decree enacted the decision of the Council of 28 April 2017 “On the use of personal special economic and other restrictive measures (sanctions)” in respect of a number of Russian companies. According to information contained in the Annex to the decision of the Council, it is proposed for a period of three years to block the assets of Russian sites “Vkontakte”, “Classmates”, “Mail.”ru and “Yandex” and to forbid Internet providers to provide access to specified resources. In General, we are talking about more than 460 companies.