Meeting of Poroshenko and Merkel: the President talked about the “new realities” in the Donbass 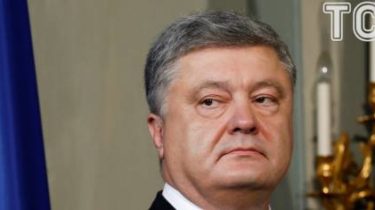 On Saturday, may 20, the President of Ukraine Petro Poroshenko had a meeting in Germany with Chancellor Angela Merkel.

During a joint briefing politicians Poroshenko said that now people in the occupied territories are forced to live in new conditions for Russia’s actions.

“Have a new reality: when the President of the Russian Federation Vladimir Putin signed decrees on the recognition of fake documents (issued ORDO – Ed.) the Russian government has extended the ruble zone of the Russian Federation on the occupied territory of Ukraine. We have the confiscation by Russian authorities of assets owned by the Ukrainian state and Ukrainian citizens in the occupied territories. And, given all these realities, we must still continue to act decisively to bring the Minsk process in a constructive direction,” – said the President of Ukraine.

Merkel invited Poroshenko to meet in the castle

“I want to emphasize again that we see no alternative to the Minsk agreements and urge their full implementation”, – said Poroshenko.

The country’s leader added that the final “return to the European family,” Ukraine still has to wait for the completion of ratification by the Senate of the Netherlands Association Agreement in may.

Recall that during the same briefing by Angela Merkel said that the truce in the Donbass, the Minsk agreement have not been fully implemented. Merkel also said that today’s talks will focus on the humanitarian situation and the conversation with the President of France Emmanuel Macron.