The truce in the Donbass no, Merkel 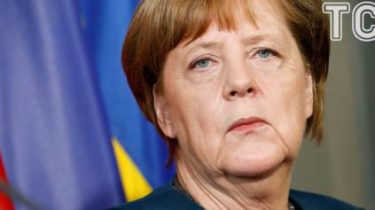 The truce in the Donbass no, and the Minsk agreement have not been fully implemented.

This was stated by German Chancellor Angela Merkel during a joint briefing with President of Ukraine Petro Poroshenko, reports Ukrainian Pravda.

The first meeting of Merkel and Macron: France and Germany have a special responsibility for the fate of the EU

Merkel stressed that today’s negotiations will focus on the humanitarian situation and the conversation with the President of France Emmanuel Macron.

“Also we will talk about how we work in the framework of the Minsk agreements in the future, and a possible meeting in the future in the “channel format”, – said Merkel and noted that during a call, touch and reforms in Ukraine.

“Those who today have already happened and those that should be continued. We will also discuss help from Germany, to improve the welfare of the population of Ukraine”, – she said.

We will remind, today in Germany is going on the second year of a meeting of the President of Ukraine Petro Poroshenko with Federal Chancellor of Germany Angela Merkel.