Seven wounded soldiers and nearly fifty attacks. How was the day in the area ATO 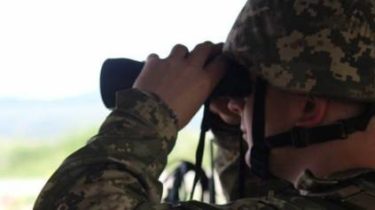 The situation in the ATO area remains tense, the militants have resorted to new armed provocations against Ukrainian armed forces units are using heavy artillery weapons.

In particular, during the last day recorded 48 instances of the use of weapons by militants. As a result of enemy shelling in the past days 7 soldiers were injured.

Coastal areas. Illegal armed groups 12 times used the weapon against the Ukrainian defenders. In the evening the enemy 120-mm mortars fired at our strong points in the area of Pavlopol, Shirokino and Water. From 82-mm mortars several times fired on our positions near Krasnogorovka. At these localities the bandits systematically beat from grenade launchers and small arms.

Germany is ready to stir up the “Norman format” – Tseholko

The direction of Donetsk. Opponent 22 times in the last days broke the silence on this front. The most difficult situation remains in the southern and Eastern suburbs of Avdeevka. There militants have traditionally carried out the shelling of fortifications of the ATO forces from 120-mm and 82-mm mortars, rocket-propelled grenades of different systems and small arms. Also with a 120-mm mortars, the enemy at least twice beaten by the Ukrainian defenders, who are holding the defense near Nevel. In addition, under the shelling from the enemy mortars of various calibers, APCS and light infantry weapons were our positions near Verhneuralskogo. On Svetlodarskoye arc illegal armed groups fired from mortars of caliber of 82 mm and easel anti-tank grenade launcher in the center of Lugansk. From the automatic easel grenade launchers, the enemy fired at our strong points near the Sands.

Lugansk direction. On this front over the past day recorded 14 cases of militants of weapons, including artillery caliber over 100 mm. So using 120-mm mortars, the militants repeatedly fired at our strong points in the area Novozvanivka, Novoaleksandrovka and Trinity. Mortars of smaller caliber, namely, 82 mm, also anti-tank missile system and rocket-propelled grenades, the enemy beat on the Ukrainian defenders near the Crimean.

We will remind, the Ukrainian side insists that during the next meeting of Tripartite contact group in Minsk , the participants should reach the final date for the release of the hostages. “We conducted a verification of those persons who have committed crimes against the state of Ukraine and in prison, but don’t want to go into the territory of ORDA. We insist that on may 24 during the next meeting in Minsk should be put an end to the matter in which you are trying to buy time. And we have to go on the final date of release of the hostages,” – said the first Vice-speaker of the Parliament Irina Gerashchenko.