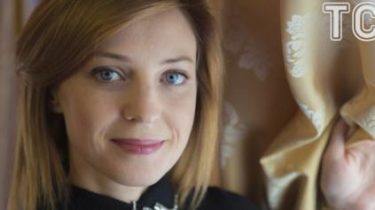 Deputy Director of Transparency International Russia Ilya Shumanov said that the organization will launch an investigation against the former “Prosecutor” of the annexed Crimea and in the “Parliament” illegitimate state Duma of Natalia Polonskaya.

About this Schumann wrote on his page in Facebook.

In particular, Shumanov thus responded to the offer Polonskaya, which proposed to hold an anti-corruption investigation against Alexei Navalny Fund and Transparency International.

“I wanted to relax a bit, and instead, you have to cut investigations into Madame ex-Prosecutor. “State Duma Deputy Natalia Poklonskaya proposed to carry out anti-corruption check of Fund of struggle against corruption Alexei Navalny and the Russian branch of Transparency International,” wrote Schumann.

In turn, the “state Duma” was considered blackmail, the promise of Transparency International to investigate about Poklonskaya, says Interfax.

“If a member sees that there are issues to any organization, he has the right to initiate an investigation, it’s his powers that are protected by the law of the Russian Federation…This sort of statements to a government representative who executes his authority, is absolutely unacceptable, and can be regarded as blackmail”, – commented Vice-speaker of the state Duma, the leader of the faction “United Russia” Vladimir Vasilyev.

We will remind, earlier the state office of public Prosecutor has asked court permission to hold special pre-trial investigation against the so-called officials of the Crimea and Sevastopol, among which the former”Prosecutor” Natalia Poklonskaya and illegitimate leader of the occupied Peninsula Sergey Aksenov.