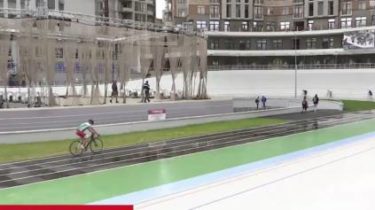 In many cities of Ukraine hosted a bike day. In the capital it was special because it opened the updated track, says the story TSN.19:30.

A large number of cyclists and blocked streets caused traffic jams even in the day. The drivers complained that the information campaign-prevention of overlapping of streets was not, so they were not able to choose other routes, so was late. The owners of two-wheeled “horses”, meanwhile, was thinking about changes in the attitude of motorists to cyclists on the roads, and also lack malatras in the capital. “Take the Trukhanov island is a pedestrian zone which zapuskayutsya all machines. There are already deaths”, – was indignant one of them.