The police classified the explosion near the office of the “Congress of Ukrainian nationalists” in Kiev. 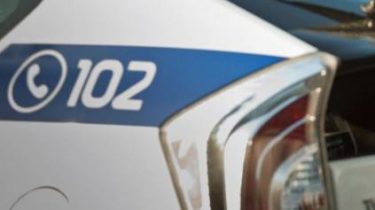 Militiamen opened criminal proceedings on the fact of explosion at the door of the office of the “Congress of Ukrainian nationalists” in Kiev.

“At 22:25 in a call center Holoseievski police Department received a report of an explosion in a house on the street Antonovich. The investigators qualified the incident as hooliganism”, – stated in the message.

As it turned out, the explosion occurred on the ground floor of the building. The blast and shrapnel had damaged the walls and front door.

On preliminary conclusions of experts, grenade RGD-5. As a result of explosion nobody has suffered.

Police seized from the scene of the deformed metal fragments, ring and safety lever that are sent for research.

Now the materials are registered, interviewed witnesses, and the witnesses, the question of the withdrawal of records from CCTV cameras installed nearby. Hooligans-the blasters “shines” from three to seven years of imprisonment.

We will remind, in Melitopol, in the night of may 20, two unknown men threw several bottles with flammable liquid in the premises of the city Council on the street Grushevskogo. Affected by the incident. Sources said TSN, arson associated with the aggravation of the political situation in the city. May 9 in Mariupol there were clashes between members of the separatist rally and veterans of the ATO.