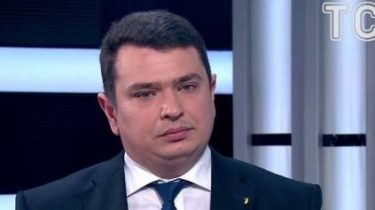 To return the stolen assets to the budget of Ukraine is possible after real proof of guilt and conviction of top officials.

This was stated by the Director of the National anticorruption Bureau of Ukraine Sytnyk, UNIAN reports.

“From a tactical point of view, we need not decisions of the courts about the arrest of any official, court decisions condemning it. And if will be confirmed his guilt and real condemnation, (happen) his return of corruption assets in the budget,” he said.

According to rush, “if there be two, three, four of these proposals, it will, in principle, exponentially”.

“With regard to the strategic (point of view – approx.ed.) it is necessary not only to detain those involved in corruption schemes of officials and need to break this scheme”, – said the head of NABOO.

Separately Sytnik expressed hope that the government will take advantage of the situation and to liquidate corruption schemes administrative measures that “will be the tipping point in the anti-corruption reform.”

We will remind, in January-February 2017 , the state budget received only UAH 5100, confiscated from corrupt officials on a court decision. In General, the end of the year, the government expects to return to 11.5 billion.