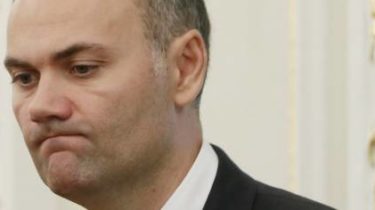 The court allowed the Prosecutor General to launch a special investigation against deprived the title of President of Ukraine Viktor Yanukovych and former Minister of Finance Yuriy Kolobov in the case of embezzlement of budget of 220 million UAH allocated for the establishment of a special system of communication “Ukrtelecom”.

“Obtained the permission of the court for a special investigation against Viktor Yanukovych and Yuri Kolobov”, – she wrote.

According to Gar, the decision to permit the conduct of special investigations against ex-Prime Minister Mykola Azarov and former Vice Prime Minister Serhiy Arbuzov is expected soon, after its receipt of the production will be directed to court.

“In the production of proven undervaluation of shares of PJSC “Ukrtelecom” 1 623 million UAH, confirmed the illegal allocation of the state budget of Ukraine UAH 220 million, in connection with which it is reported about suspicion Yanukovych V. F., Azarov, N. I., Kolobov Y. V., Arbuzov S. G. and a number of persons”, – added the press-Lutsenko’s Secretary.

We will remind, earlier the Prosecutor General of Ukraine Yuriy Lutsenko said that the Prosecutor has addressed in court with the request about the beginning of conviction Azarov and Stavisky. Investigators have completed investigation into the cases of former senior officials.