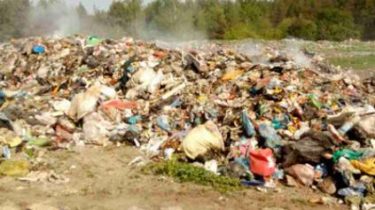 A fine of 160 thousand hryvnias and removal from office of three years may result in an investigation of the appearance in Lviv of garbage in the village of Podgornoye at the entrance to the village of Ukrainka, Kiev region. Local residents complained about the illegal dump, and the police detained 4 trucks, there was dumping mud, according to a story TSN.19:30.

Wagons were not in Lviv, and Kiev rooms. Three of them already put on a shtrafploshchadka, and the fourth was released because she did not have time to unload. The police are going to arrest trucks to sell and at least offset environmental damage.

In the municipality Ukrainka say that the owner of the company, who gave the land for the waste somewhere here, but he will be found and forced to clean the territory. “We will find the opportunity on their own to take out, but then again, we will invoice you the one who is to blame for this pollution. The tenant is a limited liability company “the pack”. And there is a landlord – Obukhov district state administration”, – said Vladimir Lutsenko.