In the place of Lukyanovka jail may receive a night club 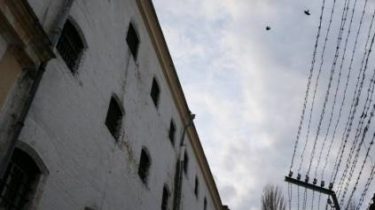 “We have, for example, an investor is Lukyanovka is considering to build a night club – soup serve in steel utensils. Therefore, we will all, of course, discuss – ask the local authorities, the public,” she said.

According to the official, the prison territory is of significant interest from developers.

“In Kiev we see great interest, because in Kiev, not so many sites that can be used for big buildings,” – said Sevastiyanov.

In particular, the amount of construction on the territory of the prison potentially is about 100 thousand square meters.

Contrasts Lukyanovka jail: from the spirits and animals to tuberculosis from toilets

We will remind, the Cabinet has put “for sale” SIZO in Kyiv and Lviv. Instead of Lukyanovka jail in the capital, and Lviv detention facility, build a new structure of the European standard and as a reward for this, the investor will receive a tasty morsel of land in the center of Kiev and Lviv. The project was officially presented to the Ministry of justice of Ukraine.

Lukyanivka prison that has been operating for over 150 years, it was classified historic monument in different times, sat Vinnichenko, Paradjanov, Chornovil and other famous figures. However, the Ministry of justice say that this list object was removed, because it is in disrepair. To keep it or not – be the will of the future investor.