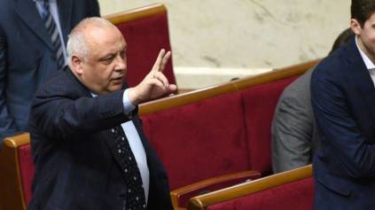 The majority of the members of the faction “block of Petro Poroshenko” in the Verkhovna Rada did not support the initiative to introduce a visa regime with Russia.

This was stated by the Deputy head of the faction Alexei Goncharenko, reports “Interfax-Ukraine”.

According to him, on Monday held a meeting of the faction, which had previously discussed this initiative, but no decision on this matter was not taken.

“Today, people have expressed the opinion. Most were against such initiative of their colleagues who voiced (their position on this issue). But no decision we have taken,” – said Goncharenko.

According to the MP, the MPs of the “BPP” expressed doubts about the implementation of the visa regime with Russia, which are based, in particular, that Ukraine does not control the phase of the joint border.

“Freeze ears to spite my grandmother.” In the Kremlin commented on the desire of Ukraine to introduce a visa regime with Russia

In addition, they believe that Russia will introduce visas for Ukrainian citizens, and then you have to open the Russian consular offices in the regional centers, where the formation of long queues.

“Thus, we will give them the opportunity to cut our citizens in Crimea. This was stated by Mr Refat Chubarov. And a lot of other issues. For many Ukrainians this is a problem to get the visa,” – said Goncharenko.

According to the MP, ideas regarding the visa regime with the Russian Federation “has many disadvantages, but the advantages are not obvious.”

We will remind, in the Verkhovna Rada today about the possible number of votes of people’s deputies for the introduction of visa regime with Russia. This was stated by first Deputy Chairman of the faction “popular front” Andrew Teeruk.

According to Teteruk, the Parliament conducted outreach on this issue. Note that the deliberation on the introduction of a visa regime with Russia earlier reported mass media with reference to sources in the PPB and the PF.

After two years of the war in the Donbass and the illegal detention of Ukrainian citizens in the Russian Federation in October 2016 in the Verkhovna Rada the idea was announced for the introduction of a visa regime with Russia.