The journalist reported the withdrawal of $ 800 thousand of the Deposit, the Deputy head of the presidential administration, contrary to the decree of the NBU 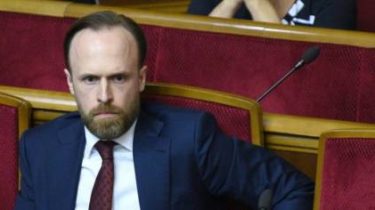 The journalist Alexander Dubinsky on its website reported that the Deputy head of the presidential administration Oleksiy Filatov allegedly took a Deposit 803 858 thousand dollars contrary to the decision of the NBU to limit withdrawal Deposit sredstv 15 thousand hryvnia per day, and the delivery of money only in UAH according to NBU rate.

According to information from the Bank statement, 14 September 2015, from a Deposit account at PJSC “Alfa-Bank” in the name of Filatova Anastasia Valeryevna at a time was withdrawn the foreign currency Deposit 803 858,68 U.S. dollars, and the recipient of the Deposit was Deputy head of the AP Alex Filatov, responsible for judicial reform. Deposit to bypass the NBU regulations was issued by the decision of Shevchenkovsky court of Kiev. It is also indicated on the Bank statement. 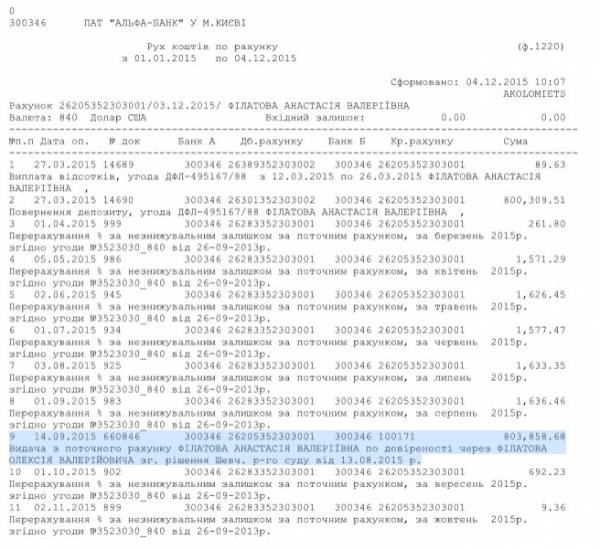 The court decision States that Anastasia Filatova that Dubinsky calls the alleged sister of Alexei Filatov, trying to get the money in July of 2015, but the Bank refused her request, referring to the decision of the national Bank. After that, she filed a lawsuit to PJSC “Alfa-Bank” with the requirement to pay her her Deposit and the court granted it and ordered the Bank to pay the entire Deposit in one stage and in foreign currency. Ruled judge Oleg Malinnikov, and the hearing was held without the participation Filatova and representatives of the defendant.

The Declaration Filatov in 2015 provided that he has declared over two million dollars, but it is not clear whether this amount 803 858 thousand dollars, received from the removed Deposit.

In connection with this revision Dnia sent to the presidential Administration with the request to explain, whether filmed Oleksiy Filatov by proxy the money from the personal account of Anastasia Filatova of more than $ 803 thousand dollars and if he made these funds in return for 2015.