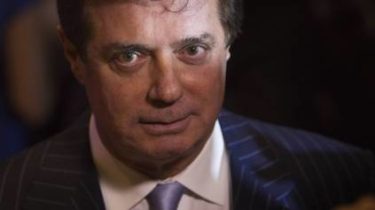 American political strategist, former campaign Manager of U.S. President Donald trump by Paul Manafort was an adviser to the Opposition bloc during the parliamentary elections in 2014.

This is with reference to the statement of one of leaders of “opposition bloc” Nestor Shufrych, according to Bloomberg.

According to the publication, a few months after the annexation of Crimea by Russia Manafort arrived in Ukraine to help the party go to the Parliament, and, as assured Shufrich insisted that the “opposition bloc” was against NATO and the “Russian voice” in the Donbass.

In turn, Shufrich said that he did not expect victory, but the election they got almost 10% or 29 seats in Parliament.

It is also reported that Manafort claimed the list of candidates to the Parliament.

Separately Shufrich said that the services of Manafort received from “opposition bloc” about $ 1 million, and the victory was celebrated by a bottle of brandy in the Kyiv office of the consultant.

“Investments in Manafort paid off. He’s a genius” – summed up Shufrich.

However, the New York Times reported that former adviser to Viktor Yanukovych by Paul Manafort could get 12.7 million dollars over 2007-2012 with hidden cash “Party of regions”. However, Manafort denied receiving any money.

In turn, the AP confirmed the payments under the “shadow accounting” of the Party of regions manufactu the Floor. We are talking about Manufactu the payment of 750 thousand dollars from Belize offshore Neocom Systems Limited, which was the score in Kyrgyzstan. Firm spin doctor “Davis Manafort” has received the specified sum on the day following the date of invoice. The Agency also found documents confirming the payment of Manafort in 2007, $ 455 249, which is also reflected in the “barn book” the Party of Regions. This payment was made from the company Graten Alliance Ltd., which was also registered in Belize, and now inactive, – stated in the investigation edition. Manafort comments publication stressed that all financial allocations are legitimate.

Earlier, Bloomberg reported that the case of money laundering by Yanukovych and Monforton took the government of Belize.