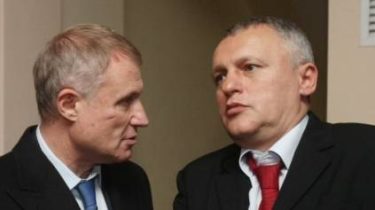 The family of Surkis sued “PrivatBank” 1,048 billion, of 266.2 thousand dollars and 8 thousand euros.

The corresponding decision on may 17 made the District administrative court of Kyiv, Ukrainian news.

The lawsuit was filed by Igor, Gregory, Rachel (father of Igor and Gregory), Marina (daughter of Igor), Svetlana (daughter of Gregory) Surkis and Paulina Kowalik (wife of Gregory). They asked to cancel the decision of the National Bank of Ukraine, which was recognized by the insiders “PrivatBank”.

They also demanded the return to them of 266.2 thousand dollars and 8 thousand euros missing interest on deposits.

May 17, the District administrative court of Kiev recognized illegal and cancelled the contested decision of the NBU, as well as orders of a temporary administrator “PrivatBank”, which related accounts of physical persons. The court ruled in favor of the family of Surkis these amounts.

We will remind, on the nationalization of “PrivatBank” became known late in the evening of 18 December. On 21 December, the institution officially became a state property. The Ministry of Finance bought “PrivatBank” Deposit guarantee Fund of natural persons for a symbolic one hryvnia.

The transition period lasted for 72 hours. On December 19 the head of the NBU Valeria Gontareva said that “Privat” is classified as insolvent. According to her, the Bank’s capital deficit was 116 billion UAH, and 97% of the corporate loan portfolio was distributed to companies related to shareholders. This “hole”, the state plans to close the bond issue Treasury bonds.