A video of a cat-thief the book “sabotage” in the Crimea. Trends Network 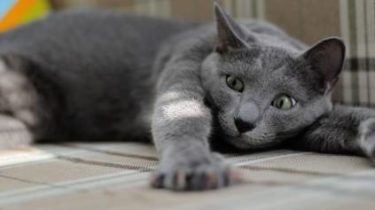 Today, may 24, the Network is gaining popularity video of a cat who steals a treat, and rescue the four squirrels that had locked tails.

The resonant story happened in the occupied Crimea. In Simferopol, at the expense of the Russian budget, there was a book called in Russian “whatever you say, but really need”.

The editors used the well-known cartoons of Soviet times, but somehow the illustrations instead of the Nazi swastika, have Russian flags. And the word “fascist” has turned into the word “Moskal”. And it turned out that the Ukrainian peasant embroidery was beheaded invader-Moskal in a Nazi uniform with chevrons of the Russian Federation.