GPU launched an investigation against first Deputy Chairman of the NABU 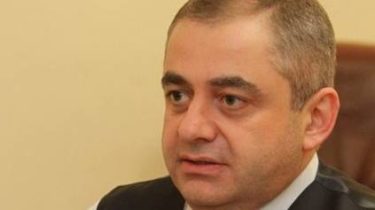 The Prosecutor General’s office launched an investigation against first Deputy Director of the National anti-corruption Bureau Guizot Uhlavy on suspicion of tax evasion and the concealment of the citizenship of Georgia during the hiring process.

About it, referring to the decision of the court of 13 may, transfer “Ukrainian news”.

As noted in the document, the Prosecutor’s office carries out pre-judicial investigation in criminal proceedings of 24 March 2017 on the facts of any false information in official documents, their use and abuse of official position of officials of law enforcement agencies, that resulted in grave consequences.

“According to information received, at the time of appointment to the post of first Deputy Director of the NABU (25 April 2015 – approx.ed.) he lost his Georgian citizenship, was on the account of the Service of citizenship and migration of Georgia and, in fact, had the nationality of that state until June 2016”, – stated in the judgment to justify the petition of the Prosecutor General.

At the same time, the investigation indicates that the law “On civil service” directly denies the right to public service of persons having the nationality of another state.

“Thus, Uhlava, while taking on civil service in NABU, introduced in official documents of obviously false data about absence at it citizenship of another state, which gave him the opportunity to continue to take the position of first Deputy Director of the NABOO,” – said the investigation, adding that officials of the Bureau who checks the candidate on service and were aware of his belonging to citizenship of Georgia, deliberately used his official position contrary to interests of service and have caused significant harm to the interests of the state which are protected by law.

In addition, prosecutors investigating possible tax evasion Uglava, because, according to the investigation, he in 2016 to convert their corporate rights against the Georgian LLC “Protractor” (LLC Transportir), for which he received a profit of $ 3 380 705 hryvnias, but not paid to the state budget of UAH 608 526,9 (18%) than violated the requirements of the Tax code.

The court has satisfied the petition of office of public Prosecutor and gave the result of access to things and documents containing secret information which is protected by law, owned by the competent Georgian authorities, in particular to the documents Uglovoy about the loss of Georgian citizenship, as well as documents that contain all the information about company “Protractor” (LLC Transportir). The court’s decision is not appealable.

In turn, the Director of NABU Artem Sytnik said that the Office has started an investigation into the rigging of the GPU case against Plavi.

“We are now registered criminal proceedings on the fact of falsification by employees of the Prosecutor General of production,” he said, adding that in the Unified register of pretrial investigations included information on charges of abuse of power or official position, office forgery and interference with a law enforcement officer.

In addition, Sytnik said that the circumstances of the investigation of the case against Plavi flimsy, as the Georgian citizenship is lost automatically after the acquisition of another nationality, but of the failure in the budget 608 526,9 hryvnias of taxes “is not a sufficient amount to open criminal proceedings”.

“The deadline for payment of this tax has not yet come, and it will be paid on time”, – assured the head of NABOO.