In “Borispol” caught another taxman of “scheme Klimenko”: he was already moving toward the plane 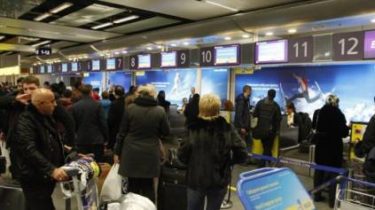 At the airport Boryspil was detained the next tax collector who worked on a “tax areas” during the reign of Viktor Yanukovych.

Nasirov contributed to the arrest of former tax Yanukovych – Matios

This was stated by the chief military Prosecutor of Ukraine Anatoly Matios, adding that the name of the detainee – Gennady Kazak. He was a Deputy head of Department of the Ministry of revenues in Dnipropetrovsk region.

“Just at the airport arrested another leader of the tax”, – said Matios at the airport national guard. Cossack was already moving toward the aircraft. Now he’s taken to the GPU, which will award the suspicion and then the Pechersky regional court.