MP Beans wants to pay taxes on $ 1 million to leave the mandate Happy. 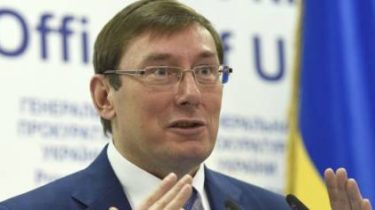 MP from the party “Renaissance” Gennady Bobov agreed to pay more than $ 1 million in taxes.

This was stated by Prosecutor General of Ukraine Yuriy Lutsenko during the report in Parliament.

“This morning, the people’s Deputy of Beans told me that he agrees and is willing to pay more than $ 1 million in taxes,” – he stressed.

According to Lutsenko, “it is a fine example of purification of BP”.

In turn the MP on his page on Facebook has denied the alleged “consent” and stated that he had filed in the GPU statement on inflicting moral damage and the humiliation of honor and business reputation.

“PR will not work, as the attempt to make me a “scapegoat” for the report of the Prosecutor General”, – stressed Beans.

In addition, the lawyer of the Deputy filed a petition for acquaintance with the materials of the pretrial investigation.

“Against me today smear campaign is being conducted. One of its elements is groundless charges. I always honestly declare all their income for many years. The essence of the claims to me is not in violation of the law. This political pressure and pressure on the business of my family”, – said the MP.

We will remind, earlier the speaker of the Verkhovna Rada Andrei Parubiy said that the Parliament received the submission on the removal of parliamentary immunity with legumes.

Note, in BP the idea of removal of inviolability from deputies Lozovoy, Dade and beans prepared on may 19.

After that, the Prosecutor General of Ukraine Yuriy Lutsenko was returned to the Specialized anti-corruption Prosecutor’s office for revision of the submission on the removal of immunity of deputies Andrey Lozovoy (Radical party) and Yevhen Deydey (people’s front).