The shelling of the “Grad” and wounded soldier. A day in the area ATO 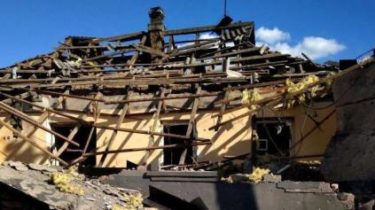 For the past day the terrorists in the Donbas 53 times opened fire on Ukrainian strong points.

The military say the militants use phosphorus shells near Donetsk

Donetsk direction. Night fighters fired at strong points in the southern suburbs of Avdeevka of MLRS “Grad” and 120-mm mortars. During this fire a few rockets the militants fired on the residential sector of the Town, killing one local resident was wounded, 4 private houses were completely destroyed, more than a dozen residential buildings damaged. Later on this part of the terrorists twice struck from powerful conventional artillery systems of caliber of 152 mm. And for a few minutes before midnight bandits from 120-mm mortars fired at fortifications near the Sands.

In the fighting over the past day 1 soldier of the armed forces of Ukraine were wounded.

We will remind, on may 22, militants have used “Grad” in the area of ATO: from it they fired at Ukrainian military positions near Experienced.