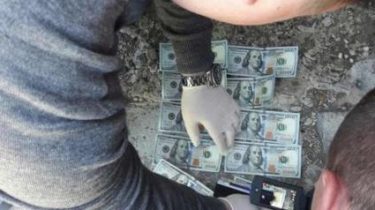 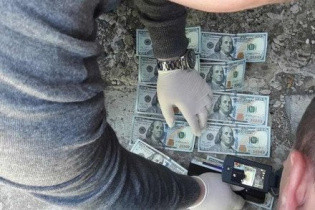 The chief of one of the offices fiscal service of Kherson region detained for bribe the security Service of Ukraine. On this day, may 24, reported the press center of the SBU.

Law enforcement authorities established that the tax specialist demanded from the Deputy of one of regional councils of Kherson region a thousand dollars for not attraction it to administrative responsibility for the introduction of false data in declarations on a property state”, — stated in the message.

SBU detained a gang that threatened and tortured Lviv

The operation was carried out jointly with the Prosecutor’s office and internal security service fiscal service.

The offender was arrested at his workplace investigators Zaporozhye and Kherson Department of the SBU, and then opened a criminal case. The investigation is continuing.

We will remind, today, on may 24, the Prosecutor General’s office and the Ministry of interior reported the major anti-corruption operation, which lasted a year. Was arrested dozens of officials of times of Yanukovych. The amount of damages that they have caused to the budget of Ukraine is estimated at 96 million.