“Life salt”. As in the Network laugh at the fake Russian TV about paying for the trip in Ukraine 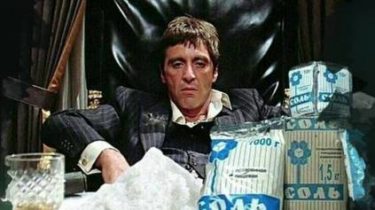 Ukrainian Internet users funny jokes and photoshopped pics reacted to the speech of the leader of Melitopolskoe “Antimaydana” Catherine Umanets, who is in the air “the First channel” have declared that the Ukrainians calculated salt for journey in minibuses.

Pro-Russian propaganda in the embroidery told about the alleged poor life and said that two days ago, arrived in Moscow from Ukraine.

“Sadly, poverty. We the people salt are calculated in the taxi,” said Umanets front of the camera.

This statement of the Pro-Russian propagandist laugh users of social networks and inspired the creation of photoshopped pics and jokes.

It looks like a monthly pass to Melitopol. pic.twitter.com/kgKQXDjjDS

Bread and salt-all I like uranzu,need!
Salt pay for travel in a minibus which brings you to the cluster of pigeons to take their bread!

ATTENTION!
Rumor has it that the salt already bodyazhat.
Cox.© pic.twitter.com/LiAgSCtceO

We will remind, earlier Russian mass media disseminated by fachowo the news that the Ukrainians taken bread from the pigeons. The news was accompanied by a photo of the woman sitting next to the birds.