Lutsenko has opposed the creation of the anti-corruption court 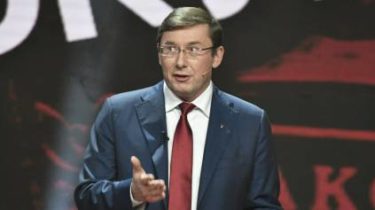 The Prosecutor General of Ukraine Yuriy Lutsenko stated that he is against creating a separate anti-corruption court.

“We need to stop talking about the creation of a special anti-corruption court. Because it is years and years. You just have to pass the bill and it is already in Parliament yesterday, about the creation within the existing criminal court of the house of corruption category,” – said Lutsenko on air of the talk show “Right to Vlad,” on the channel “1+1”

In the opinion of the attorney General, it would be easier to do because such a chamber will be established on the basis of the existing material base.

“Such a court can be created in six months. Highlight: new judges elected for the test under the control of a serious public organizations”, – said Lutsenko.

We will remind, according to the Director of NABU Artem Sytnik, special anti-corruption court may appear in Ukraine in 2017.