The District administrative court of Kyiv came to searches 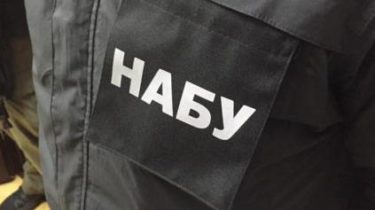 In District administrative court of Kiev are searched.

This was announced by the judge of the District administrative court Bogdan Sanin on Facebook.

“Morning in the trial began in an unusual way. In court 7 in the morning there are searches that are carried out by people with similar stripes as NABOO”, – he said.

It is reported, citing judge Eugene ablov that such actions are related to the fact that the court is considering two cases against the NABOO.

It is noted that the judge Ablov yesterday was the questioning of NABOO (as a witness) and confirmed in the Protocol of interrogation of the fact of intervention of NABOO in the judicial process to examine cases where a party is office.

“Of course, anyone of any official documents people with stripes NABOO not shown,” he added.

Yesterday the “New mail” said the searches by taxmen. “New mail” reports that for the fifth day of workers of internal security of the SFS intervene in the sector of customs clearance of international Express shipments in its rail yard.

The company noted that this behavior of the SFS leads to a delay in deliveries and the imposition of penalties by other state agencies.