Putin in Paris will hold the “informal conversation” with Macron 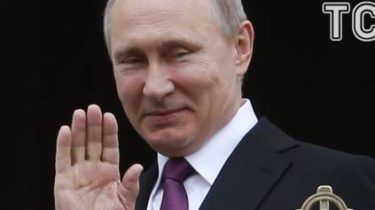 The President of Russia Vladimir Putin in Paris will meet with the new French leader Emmanuel Macron.

This was announced by Russian presidential aide Yuri Ushakov.

According to him, in Versailles opens the exhibition the Hermitage, dedicated to the 300th anniversary of the first visit of the Russian monarch Peter the great to France. Macron invited Putin to visit together.

“During a telephone conversation the new President of France and Putin on may 18 after the appropriate greetings and exchange of views on topical issues of international and bilateral agenda macron invited to jointly celebrate the 300th anniversary of the visit of Peter and to visit this exhibition in Versailles”, – quotes RIA “Novosti” quote Ushakov.

Putin aide added that the two leaders will hold “informal talks in a narrow composition” to establish a working relationship.

“We supported this idea and believe that a visit to Versailles provides the opportunity for Frank, confidential exchange of views on a wide range of issues. This will be an important first meeting of the new French President with Putin,” – said Ushakov.

He noted that the first talks will be held in a narrow format “two plus two” will continue in expanded format, then the leaders will give a press conference.

We will remind, on may 18 the President of Russia Vladimir Putin had a telephone conversation with President of France Emmanuel Macron. Putin, in particular, congratulated Him on his inauguration as President of France and the formation of a new government. In addition, the presidents talked about the war in the Donbass.

In France have confirmed the appointment of Macron and Putin with President Putin on 29 may with the opening of the Versailles exhibition dedicated to the 300th anniversary of the visit of Peter to France.