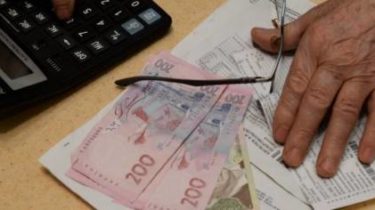 This was reported by “the New utility Ukraine” on the page in Facebook.

“This is the service area of the Darnytsia CHPP – part Dniprovskiy and Darnitskiy districts on the left Bank of the capital. Tariffs for households increased on average by 9%, for budgetary institutions and other consumers – almost 5%, reduced fares only for religious organizations, and significantly – as much as 27%”, – stated in the message.

As noted, the decision to change the tariffs for LLC “Euro-Reconstruction” accepted, but not published in the official newspaper.

“The date of their entry looks like this: for the population – June 1, 2017, but not earlier than the day following the date of publication of the regulations in the newspaper “Governmental courier”, for other consumers – since June 1 with no additional conditions”, – said in the “New utilities”.

Recall, LLC “Euro-Reconstruction” manages the Darnytsia power plant, which provides heat for part of Kiev on the Left Bank. About 70% of the capital caters to consumers of PJSC “Kyivenergo”, which the city government plans to terminate the contract after the heating season 2017-2018.

Previously, the company “Euro-Reconstruction” planned to reduce the tariffs for hot water and heating by 1.3% to 1.8%.