The Deputy Shahi explained to TSN the origin of the racy photos, which blew up the Network 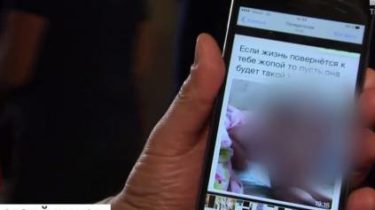 MP Serhiy Shakhov got on the correspondence with the girl, which consisted of photos and explicit content. Virtual interlocutor was signed “Diana” and turned to politics the word “Rodnya”, says the story TSN.19:30.

She asked about family, money and business right now. He advised to turn on the TV and see him in Parliament. Shahi explained that this correspondence with the daughter of his friend. “Yuri Bey adopted a girl, which I help – half thousand pay every month,” said Shahi. He also assured that racy photos with naked buttocks his phone from Diana sent it Yuri, because he does not own a smartphone – and that, in his words, “fun.” The photo he showed once again the journalists of TSN from your phone. And assured that to Diana it has nothing to do. “She is 15-16. To be honest, I saw Yuri and Diana once in the last 8 years. They generally live in Vinnitsa” – said the MP.