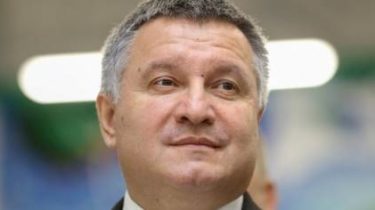 The Minister of internal Affairs of Ukraine Arsen Avakov said that after the large-scale anti-corruption operation on detention of the tax times of ex-President Viktor Yanukovych militiamen are threatened from Russia.

According to him, the threats received by the chief military Prosecutor of Ukraine Alexey Matios and involved in the operation by prosecutors.

“It appears an insane resistance and used attempted bribery with a view to a positive solution of the questions connected with the detention (ex-tax). Even received calls from Moscow”, – quotes its a quote by UNIAN.

Also Avakov during the opening of the service center in Khmelnytskyi of the Ministry of interior announced a second phase of the detention of the former officials.

The Minister noted that while the arrested ex-the tax authorities have not yet made monetary pledges, and the deadline for posting was Monday, may 29.

One of the detainees of the ex-tax authorities seized the passport of the citizen of the Russian Federation.

The interior Minister announced the preparation of an appeal against the decision of Pechersk district court of Kyiv about the release of several suspected former tax under the personal obligation.