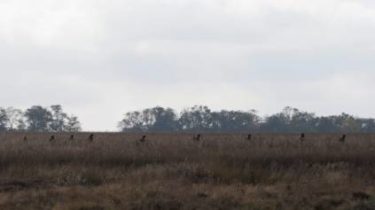 In the Donbass Russian officers forced the militants around the clock to dig trenches, to avoid penalties during the inspection by the special Commission of the state of readiness of the fortifications.

“The commanders of the forward units in an emergency order forcing subordinates around the clock to equip the trenches for equipment,” – said in the message.

As it turned out, the activation on the frontline connected with verification by representatives of the Centre of the territorial army of the South IN the armed forces of the state of the fortification equipment, the results of which in respect of most of the objects are compiled reports with suggestions of prosecution of Russian officers, who have not coped with the tasks.

“Dissent is encouraged to complain to high command in person, leaving their own funds in Novocherkassk (Russia),” – said Ukrainian military.

We will remind, earlier investigation reported that the Russian military in the Donbass massively break the service contracts. The command of the Russian army is trying to accelerate the staffing divisions.