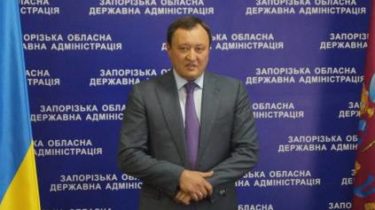 The General-the major of SBU Kostiantyn Bryl, which is April 2016 occupies the position of head of Zaporizhzhya regional state administration, retired.

This was reported by press service of the SBU in the social network Facebook.

“The security Service of Ukraine accepted the resignation the General-the major of SBU Constantine Bryl. His decision to transfer to the reserve has been agreed by the Chairman of the security Service of Ukraine Vasily Gritsak President of Ukraine Petro Poroshenko. Kostiantyn Bryl chose the path of civil servant and decided to continue to serve the country in the post of Chairman of Zaporizhzhya regional state administration”, – stated in the message.

Earlier it was reported that Kostiantyn Bryl said that the dismissal of the SBU will be the basis for the announcement of its electronic Declaration, and soon he will turn to the National Agency for prevention of corruption with a request to add its Declaration to open access.

We will remind, in December of 2016, it became known as Constantine lives Bryl, the head of Zaporizhzhya regional state administration, the only governors who have not published their e-Declaration. Bree almost all his life worked in the civil service, but local journalists showed the luxurious lifestyle of his family.

Regarding the lack of Declaration Bryl said not to disclose it to him ordered the security Service of Ukraine. Bryl in 2015 became the first Deputy Chairman of Zaporizhzhya regional state administration, and from April 22, 2016 at its head.