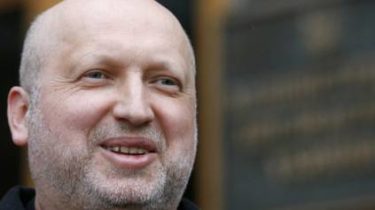 Secretary of the national security Council and defense of Ukraine Oleksandr Turchynov reported about successful tests of the missile of Ukrainian origin.

It is reported by his press service.

The trial was attended by President of Ukraine Petro Poroshenko and Minister of defence of Ukraine Stepan Poltorak. In particular, there was carried out verification of the operation of the control system missiles during hover and engage targets at extended range.

Turchynov assured that the missiles hit the target.

“Ukroboronprom” reported about the successful testing of a new fire tank

“The distance from the aiming point to hit was only about 17 meters, this despite the fact that the affected area of such missiles – 300 meters,” he said, explaining that this is a very good result.

“The main thing I can say is that Ukrainian missiles hit their target,” – said the NSDC Secretary.

The NSDC Secretary explained that another important objective of the trials was to test the use of a missile and the efficiency of destruction of conditional goals.

Precision, efficiency of destruction and the power of the missile, according to Turchynov, meet all the requirements of the military.

“I want to stress again that the warhead as the missile was produced at Ukrainian enterprises. Scientists, manufacturers and military worked cohesively as a single organism”, – he added.

Also Turchynov thanked the personnel of the military unit which conducted missile tests, and stressed that “high-quality weapons without its professional use is not working.”

As previously reported, in the South of Ukraine will appear a testing ground for the latest and upgraded models of weapons and military equipment.