The seller on the beach and the collector of berries. Where and how much you can earn in the summer 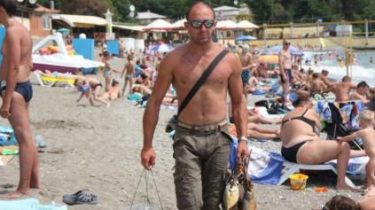 In Ukraine in the summer there is a great possibility to make money on vacation.

As reported in the story TSN.Tyzhden with reference to the official data of the Ministry of social policy, in the resort area will go to work 17 thousand people, but unofficially it will be much more.

Odessa annually, breaking records for the number of tourists, and the working tourists coming to the capital. In the city looking for staff for the summer start as soon as the snow melts, says Svetlana Shado, HR Director of the restaurant complex. In particular, in this complex choose the staff is very picky. The waiters hired in March, and then trained, certified and only then released into the hall. Every one of them for one shift gets at least 300 hryvnias.

In a small village in the Kyiv region on the collection of berries pay up to ten thousand hryvnia per month. At the same time people at work are brought from different regions. When the berries on the plantation Matures, the need for people increases threefold. If weeding and watering, there are about 30 people in peak season you need more than a hundred.

However, compared with foreign countries in Ukraine are paid very little. So, in Poland for strawberry picking on the farm pay from 20 to 25 thousand hryvnia. In Germany in General up to 37 thousand with accommodation and Breakfast.

So, Ukrainian Valeriy every summer travels to Finland to gather berries and mushrooms. The law of the land, anyone can pick berries and mushrooms and deliver them for money. This work allows him daily to earn up to 70 EUR. According to the man, before the trip is well prepared. For example, buy a car, the rig, which will be a high quality costume and tools.

Valery says, even at a cost, not brings home less than fifteen thousand euros.

However, from my own observations, it should be understood that to make a million seasonal workers, of course, impossible.