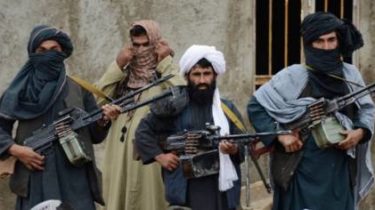 The Ukrainian side handed over to the NATO Parliamentary Assembly analytical report on relations of the Russian Federation with terrorist organizations in the middle East and Central Asia.

About this on his page in Facebook said the head of the Ukrainian delegation, Irina Friz.

According to her, the report was referred to the Vice President of the NATO PA Rasa juknevičienė and members of national delegations.

The document contains facts and analysis, communications, support and coordination of actions of the Russian Federation with ISIL, the Taliban, Hamas, Hezbollah and other organizations.

NATO will continue its partnership with Ukraine – Stoltenberg

Recall, NATO Secretary General Jens Stoltenberg stated that NATO will join the allied coalition to help fight “ISIS”. According to Stoltenberg, NATO will not take part in hostilities, but only to help the allies in practical terms, the use of reconnaissance aircraft, refueling planes in the air by NATO aircraft, as well as create new anti-terrorist unit.