Have Rozenko arose “many questions” to pension reform that PR Groisman 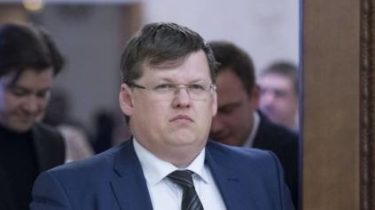 The may 29 meeting of the National tripartite socio-economic Council, Vice Prime Minister of Ukraine Pavlo Rozenko said that has a lot of questions to the draft pension reform.

It is reported by news Agency Interfax-Ukraine.

“All we can see, for anybody not a secret that this version of pension reform there are a lot of comments, including Ministers, MPs, experts, specialists. I believe that the draft pension reform should be significantly improved” – says Paul Rozenko.

Who can go earlier to a pension: the government plans to expand the list of professions

Deputy Prime Minister also adds that the discussion of pension reform needs to involve many experts, trade Union representatives and employers that have not yet seen reform.

“I would like to see the future of the pension system, because, in my opinion, to preserve the joint system, and bring order – it is not enough”, – said Rozenko.

We will remind that on may 17 the Cabinet of Minister of Ukraine approved the draft law on the reform of the pension system. This means that if the Council approves the project before July 15, pensioners will receive increased payments from 1 October this year.