RAM from the supermarket sent from Kiev to the light 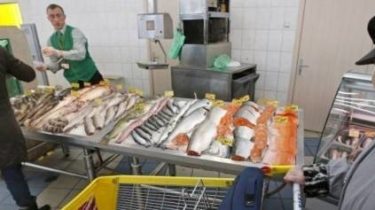 In the capital, three people were poisoned by fish bought in supermarkets, they have diagnosed infection with botulism.

So, who died, 1976, wife, may 24, 2017 eaten dried neporotovo bream. The symptoms of the disease appeared on the second day. The patient failed to save. The diagnosis is botulism. The same condition of the second victim. According to preliminary data, he was eating RAM purchased in the hypermarket “Caravan”, and then ended up in the hospital.

Another patient ate dried carp is purchased in the supermarket “Megamarket”. With the diagnosis “botulism” was hospitalized in oleksandrivska clinical hospital of Kyiv. Experts

The main Department of Demirtzoglou in Kiev began conducting an unscheduled inspection.

Nine children and three adults: the Prosecutor’s office spoke about the possible poisoning in a kindergarten Dnipropetrovsk

We will remind that earlier in the Lviv region seven juvenile inmates of one of the schools poisoned by alcohol.