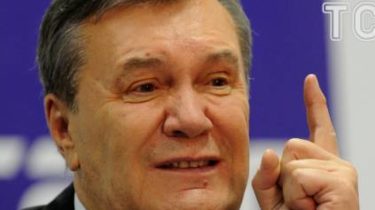 Obolonskiy district court of Kiev decided to send for consideration by the High Council of justice remarks of the Prosecutor General Yuri Lutsenko, interior Minister Arsen Avakov and other senior officials in the direction of the judges.

This was stated by the presiding judge of Obolonskyi court Vladislav Devyatko during the preparatory session in the case on charges of treason, deprived the title of President Viktor Yanukovych, agreeing with the request of his defense, which has convinced the pressure from the heads of law enforcement agencies.

“The court agrees that such statements are inadmissible. These materials are the court sent to the High Council of justice”, – he stressed.

According to the lawyer Yanukovych Vitaliy Serdyuk, in the last week, there was “a massive attack on the judiciary by representatives of law enforcement agencies.”

“The prosecution has chosen the path of intimidation and discrediting of the judiciary. We see the methods by which it occurs, by direct threats of arson of the premises of the judges, through direct threats of physical violence against judges who render decisions that the General Prosecutor’s office considers undesirable. We ask that during the consideration of this production to carry out direct or indirect instructions of the representatives of the current government, to be independent and not be subjected to unlawful political pressure”, – said Serdyuk asked to prepare an appeal to take the necessary measures to ensure the independence of the judiciary in the High Council of justice.

We will note, according to the defense of Yanukovych, as an example of pressure is the speech of the attorney General in Parliament, when he called his greatest achievement the transfer to the court the case of Yanukovych, as well as commentary on the court decisions in the case of detained former tax specialists in Facebook, when Lutsenko hinted at “fire as of Pechersk”.

Also, the lawyers assured that Avakov allegedly promised to influence the judges, to make decisions that were “not very adequate”.