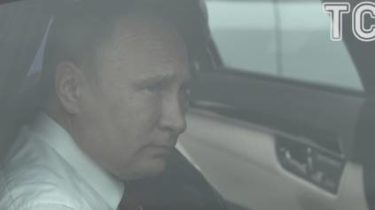 Ukrainian users of social networks made fun of Russian President Vladimir Putin, who “appropriated” the Kiev Prince Yaroslav the Wise and his daughter Anna.

During a joint with the President of France Emmanuel Makron press conference, Putin stated the following:

False Russian media, the Chechen gay and Queen Anne: was talking about him and Putin in Paris

Users joke on the Russian President, reminding him that when she was born and lived Anna, Moscow has not been as it did not exist and the Russian state.

The territory of Moscow in the time when Anna Yaroslavna of Kiev was Queen of France. pic.twitter.com/hw1t542oqs

Kiev is the capital of Russia. Kievan princes all Russians. Anna brought to France tricolor, a little altered, and turned the flag of France. pic.twitter.com/MrkG6ylapD

Anne of Kiev was Russian,Tutankhamun was from Perm,Caesar went to Khabarovsk,and Asterix and Obelix all from Mytishchi

Anna Yaroslavna, Queen of France, was the daughter of the Kiev Prince. And the Udmurts relationship has not exactly been: pic.twitter.com/Kk7RLCvrgz

worthwhile in France said that Anna Yaroslavovna, was a citizen of the DNI