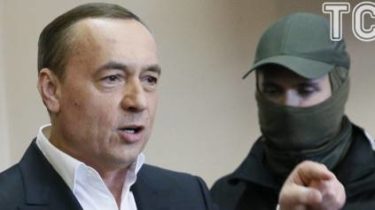 The court has arrested part of the property of the former people’s Deputy Nikolay Martynenko, a suspect in a criminal organisation and embezzlement.

This publication reports the Censor.citing a source in law enforcement bodies.

According to the interlocutor of the edition, the arrest was effected on the apartment, car and Bank account Martynenko. The court ruled a few days ago, accepting the appeal of the Special anti-corruption Prosecutor’s office.

In most of the SAP has not confirmed nor denied this information, noting that they have no text of the judgment.

We will remind, on may 12 Solomensky district court of Kyiv rejected the petition of the anti-corruption Prosecutor’s office to arrest the property, but SAP appealed the decision.

20 APR detectives NABOO and SAP prosecutors arrested two people — former Deputy Mykola Martynenko and his accomplice Sergei Fracture on suspicion of forming a criminal organization and of misappropriation and embezzlement of property in connection with which GP “VostGOK” damages in the amount of 17.28 million. USA.