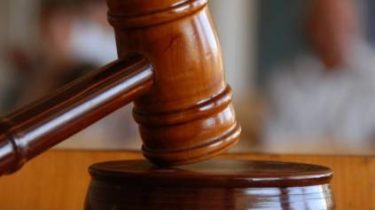 In the Solomensky regional court of Kiev was sent an indictment against 8 persons involved in the so-called “gas scheme Onishchenko”. It is reported by the NEB.

The lawyers of the accused for 3 months familiar with the investigation.

So, 8 persons accused of committing crimes under part 1 of Art. 255 (creating criminal organization), part 4 of article 28 (Commission of crime by group of persons, group of persons by prior conspiracy, an organized group or a criminal organization), part 5 article 191 (assignment, waste of property or taking to them by abuse of official position), part 3, article 209 (legalization (laundering) of funds), part 2 St. 205 (fictitious business), part 2 of article 364-1 (abuse of authority by an official legal entity of private law irrespective of organizationally-a legal form), part 2 St. 366 (forgery), part 1 of article 388 (illegal actions against property has been seized, mortgaged property or property described in or which is subject to confiscation) of the Criminal code of Ukraine.

Overall, the investigation found that participation in the “gas scheme” involved 27 people. 9 of them admitted the guilt and concluded the agreement on recognition of guilt during pre-trial investigation.

Another 10 suspects, including the organizer of the corruption scheme MP Oleksandr onyschenko, are wanted.

On 27 July the Prosecutor General of Ukraine signed the message on suspicion to the people’s Deputy. 8 August was declared national search. According to latest information he is in London. A few days later he wrote in his Facebook that for the British jurisdiction, the GPU is little ground for his extradition to Ukraine. Meanwhile, the people’s Deputy-the fugitive arrested property at 700 million hryvnia.