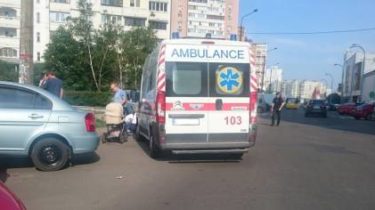 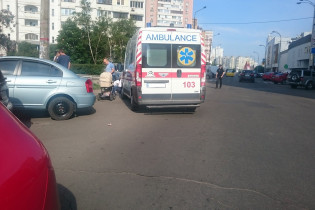 On a body shot in the Darnitsky district of Kiev, the men found four wounded. Earlier, the correspondent of TSN reported that the killed was the former acting General Director of the enterprise “Ukrspirt” Viktor Pankov.

As have informed in a press-service of Kiev police, information was received from a passerby in 8.16. According to him, on the street Michael Grishko unknown with Audi car red color took a few shots at the man and drove away in the direction of prospect Grigorenko.

The person who was shot was set – it is the Kiev, 1968 n. At survey of a body the medical examiner found four wounded. The scene experts seized the sleeve of calibre of 9 mm.

We recall the morning of may 30 on the street Michael Grishko in Kiev unknown “Audi” red fired several shots at the man and drove away in the direction of prospect Grigorenko. According to preliminary data, from a shot in the back of the man died. The police introduced the plan “Interception”.

“If you’d seen how long this crawls MS*tion coach. And how long was the doctor out of this machine. It’s a shock. Going and checking the pulse, she was pronounced dead and almost started to get up. All I could squeeze out: “Do something”. It a few minutes ago was alive…” – he wrote on his page in Facebook.