The rebels used mines to fire the pig in novoluhans’ke 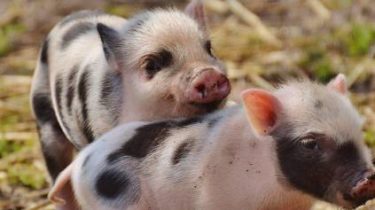 The village of Novoluganskoe fired three dozen mines, which came from the occupied part of Donbass. One part of the shells fell on military positions, the other exploded on the territory of the local pig, says the story TSN.19:30.

Due to the destruction and disruption on the part of farms remained without electrici and consequently ventilation. Tens of thousands of animals are now found in areas where there is 30-degree heat. Employees complain that long in such conditions the pig will not last. Repairmen quickly began to fix the wires, because the pig farm is actually the only nurse Novoluganskogo. To work to go on both sides of the front line.