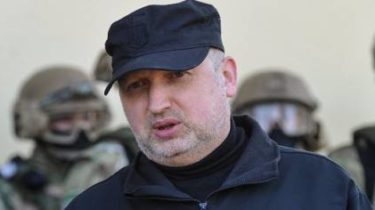 7 Ukrainian soldiers were killed and 141 injured in the Donbas in may.

This was stated by the NSDC Secretary Oleksandr Turchynov, the press service of the NSDC.

“During may, as a result of military provocations killed 7 of our servicemen, and injured 141. One of the latest trends is the use of heavy 152-mm self-propelled artillery and jet systems of volley fire for the attacking positions of the Armed forces of Ukraine at a distance of 20 km from the demarcation line”, he said.

According to Turchynov, the Pro-Russian militants are trying to cause maximum damage to the Armed forces of Ukraine is developing a technology aimed firing as advanced and remote positions.

Enemy mines near Novotoshkivske and snipers of the enemy in Luhansk. Digest ATO

He added that in the last days in Marinka and Krasnogorovka was “extremely difficult situation due to the use of the enemy’s powerful artillery, mortars and jet systems of volley fire”.