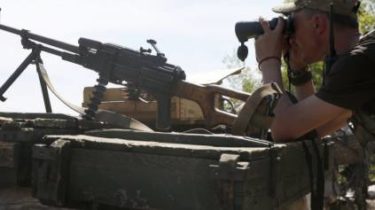 APU on June 1, will adhere to the “regime of silence” in the ATO zone.

This reports the press service of the Ukrainian side of the joint center for control and coordination, – writes “Ukrainian truth”.

On 31 may, the leadership of the armed forces of Ukraine has ordered commanders at all levels to ban the use of all types of weapons and ammunition in the period from 00.00 hours on 1 June to 00.00 on 2 June.

“However, in case of an enemy threat to the life of soldiers, civilians, and attempts to change the line of contact of Armed Forces of Ukraine will be ready, exclusively, to use weapons,” reads the statement.

Recall that 7 Ukrainian soldiers were killed and 141 injured in the Donbas in may.

This was stated by the NSDC Secretary Oleksandr Turchynov.