“Dogovornyak no longer apply”. The foreign Ministry commented on the decision of the Stockholm arbitration 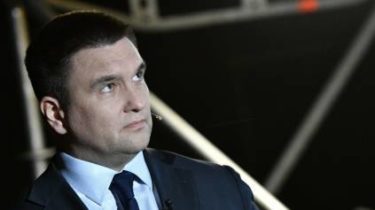 Foreign Minister Pavlo Klimkin commented on the decision of the Stockholm arbitration, which fully satisfied the requirements of the Ukrainian “Naftogaz” against the Russian “Gazprom” on revision of prices in line with market requirements.

“Dogovornyak no longer apply. Only European rules!”, – he wrote.

The court’s decision, the Minister called for “a clear victory of Ukraine and the European rules on the energy and aggression of the Russian monopoly “Gazprom”.

We will remind, the Stockholm arbitration court fully satisfied the requirements of the Ukrainian “Naftogaz” against the Russian “Gazprom” on revision of prices in line with market requirements.

This reports the press service of the Ukrainian company. “Requirements of Gazprom’s “take or pay” fully rejected. The Tribunal has also completely lifted the ban on re-export of gas”, – is spoken in the message of the NAC.