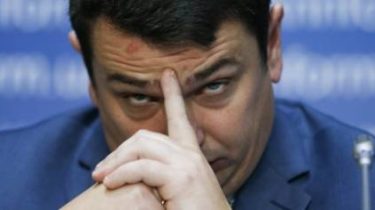 The Director of the National anti-corruption Bureau Artem Sytnik said that the scandal with the appointment of the auditor of NABOO from the Verkhovna Rada arose from the imperfection of the selection procedure.

According to him, the procedure was opaque, writes “Ukrainian truth”.

“It (Nigel brown – ed.) such a badge (“a creature of Poroshenko” – ed.) was not, as far as I know. I am often asked why it happened, that was such a scandal. My opinion is that the scandal was not due to some names, and due to the fact that the procedure was kind of opaque and a little wrong that there were such attempts to appoint that auditor. Therefore, there was such a reaction. Because there was a contest, fed people, was the winner of this contest. It was recommended to vote in the hall”, – said the head of NABOO.

In addition, Sytnik said that the main thing in the course of audit of NABOO, the legitimacy of the decision.

“We are not saying that is what we do. I’m sure that maybe some comments in the course of the audit will be. The question is not only for us but also for the entire anti-corruption reforms – to the conclusion of this audit, either negative or positive, to this conclusion were legitimate, that there was no doubt as to the objectivity of this conclusion. But if, sorry, man comes and can’t explain where it came from, but knows that we are all bad, well…” – said Sytnik.

The Prosecutor General’s office is constantly trying to pinch us

Earlier, the head of the anti-corruption Committee of the Parliament Yegor Sobolev is not allowed to consider on the Committee of a candidate for the office of the auditor NABOO Nigel brown, because he was “discovered manipulation of the document of the Parliament to promote Mr. brown.” Sobolev also accused brown of having links with the Russian oligarchs. 13 MPs to bypass the Chairman of the Committee met and voted for candidates.