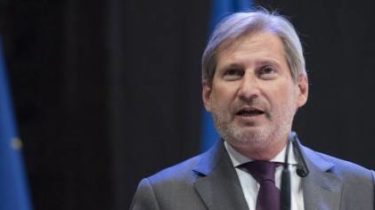 Corruption in Ukraine remains the main obstacle to economic and political development of the state.

This was stated by the European Commissioner for enlargement and European neighbourhood policy, Johannes Hahn during the launch of anti-corruption program of the EU in Kiev, reports UNIAN.

“Anti-corruption reforms in Ukraine is extremely important for the EU. This is also the urgent need of the Ukrainian society. Corruption still remains a major obstacle to the economic and political development of Ukraine. And the EU is keen to have as a neighbor and friend of a democratic and prosperous Ukraine”, – said Hahn.